9 Things that Grow on Trees — Which Ones are Dangerous?

Is something growing on your tree that is dangerous?

Small kids and pets are notorious for sticking random objects in their mouths and eating things they shouldn’t. If you have something poisonous growing on your tree, it could hurt them.

If the tree is located close to your house, fence, or storage shed, it could fall and damage the structure.

Don’t let this happen to you. Keep reading to discover the most common things you might find growing on your trees.

9 Things that Grow on Trees 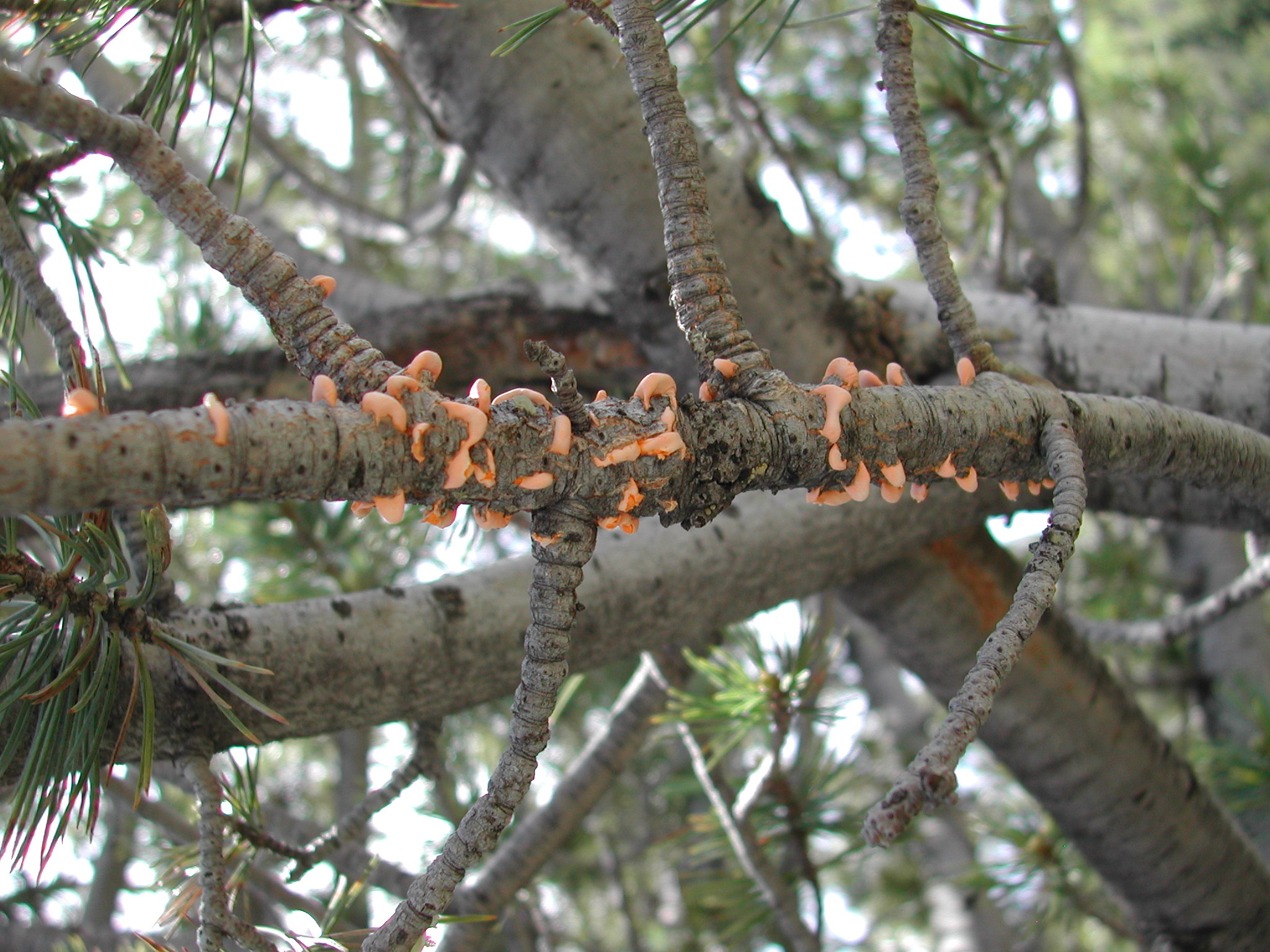 Canker disease looks a lot like a blister — kind of like a canker sore on a human, just on the bark of a tree.

There are three forms of canker disease that we usually see, and each one infects different species of trees. Those three common forms include cytospora, nectria, and phomopsis. 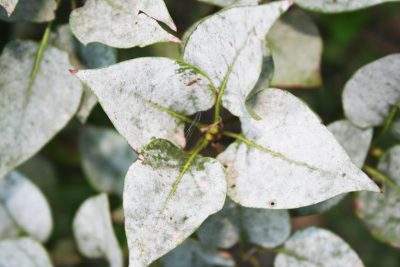 Powdery mildew affects many different kinds of plants. It covers their leaves and stems with a white powdery coating. Typically leaves closest to the ground are the most affected, but the fungus does spread up and down the tree.

It's best to be proactive with powdery mildew. You can do this by planting in sunnier areas and watering your plants from overhead.

But if you do end up with a heavily infected garden, unfortunately, it’s tough to get rid of. You'll want to focus on stopping the spread and removing all infected foliage. 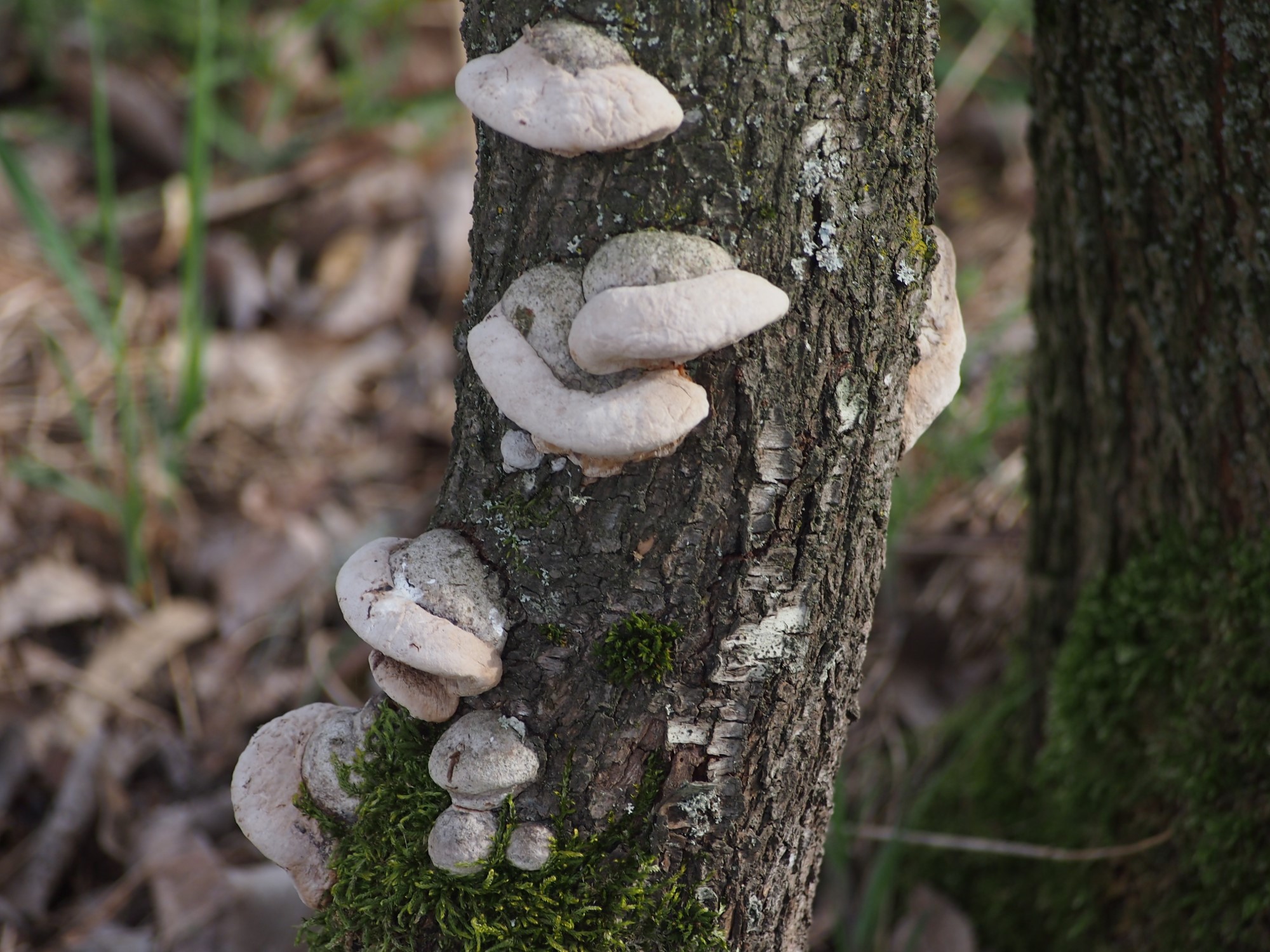 Heart rot is a severe fungal infection that causes trees to decay from the center of their trunks — their heartwood. It affects many different types of deciduous trees.

Trees with improper pruning or previous damage are breeding grounds for heart rot. The fungal species enter the tree from an injured cavity and grows from there.

Mushroom bodies will appear around the base of trees with heart rot. To manage it, you'll need to facilitate healthy growth, minimize wounds, and prune any infected branches and sterilize all equipment used before using it on another tree. 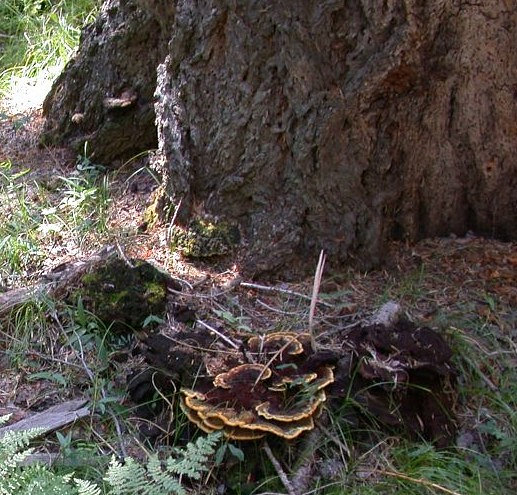 Root and butt rot is a fungal disease that attacks the moist undersurface of a tree's trunk —  where it meets the soil. This disease will appear dark and leathery, spreading up the length of the tree.

This is one of the most common forms of disease affecting hardwoods. It is the result of root rot and decay at the base or butt of a tree —  that's where the name comes from. It's more likely to infect older trees with root or basal injuries and thrive best in poor soil conditions.

To prevent root and butt rot, you need to control the area by removing old stumps and roots associated with the affected tree. 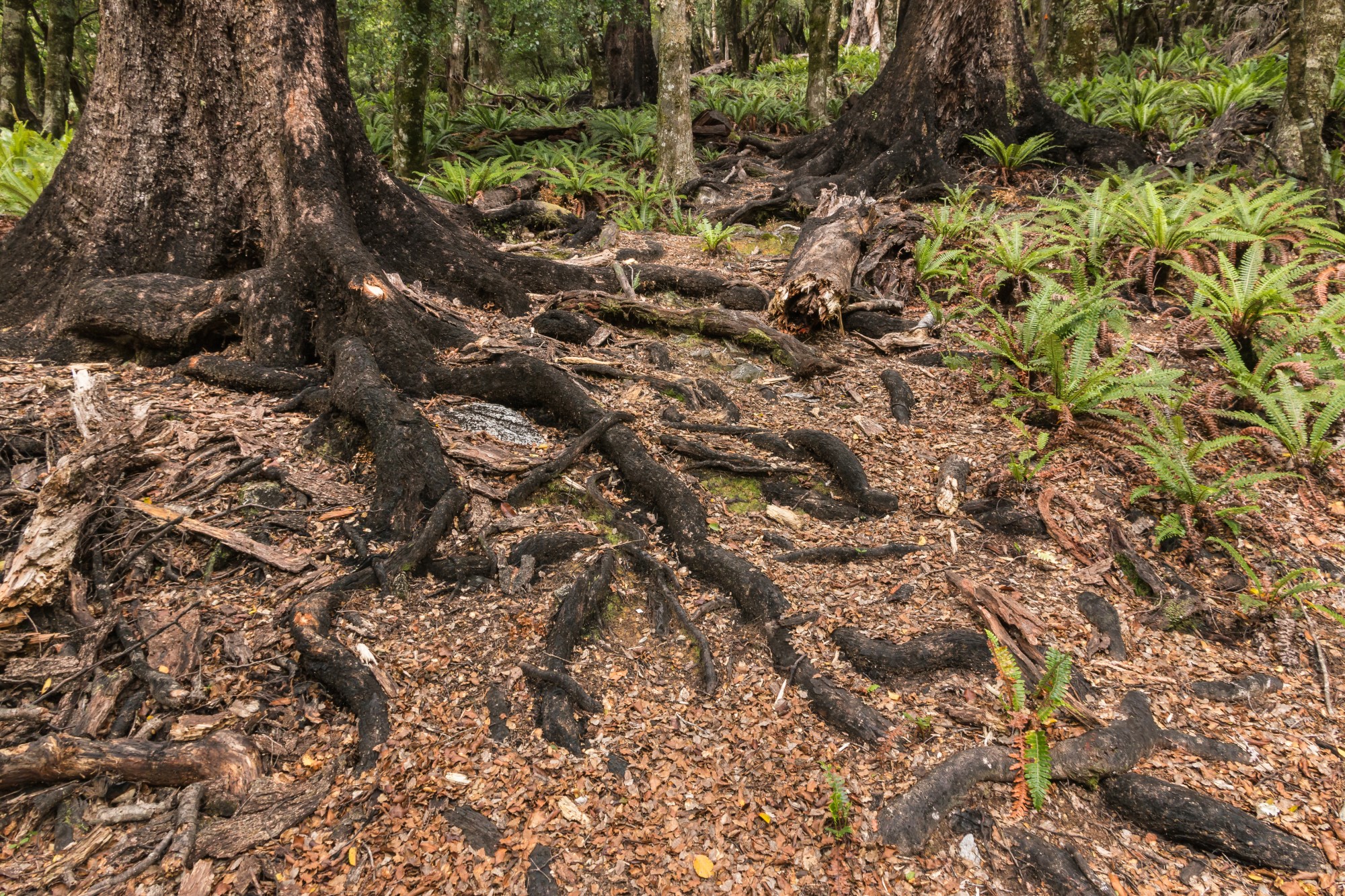 A dark, generally sticky covering on leaves is usually sooty mold. Sooty mold gets its name because it looks like soot accumulating on leaves or stems of a plant. It tends to cover everything underneath the tree as well.

Sooty mold is a dangerous fungus that grows in areas with high insect populations. When insects like whiteflies munch on a plant's leaves, they expel a residue called "honeydew." The fungus grows from there.

Addressing the cause of the sooty mold will be your first step in controlling this sooty fungus. You'll need to identify which insect is causing it and eradicate the pest. 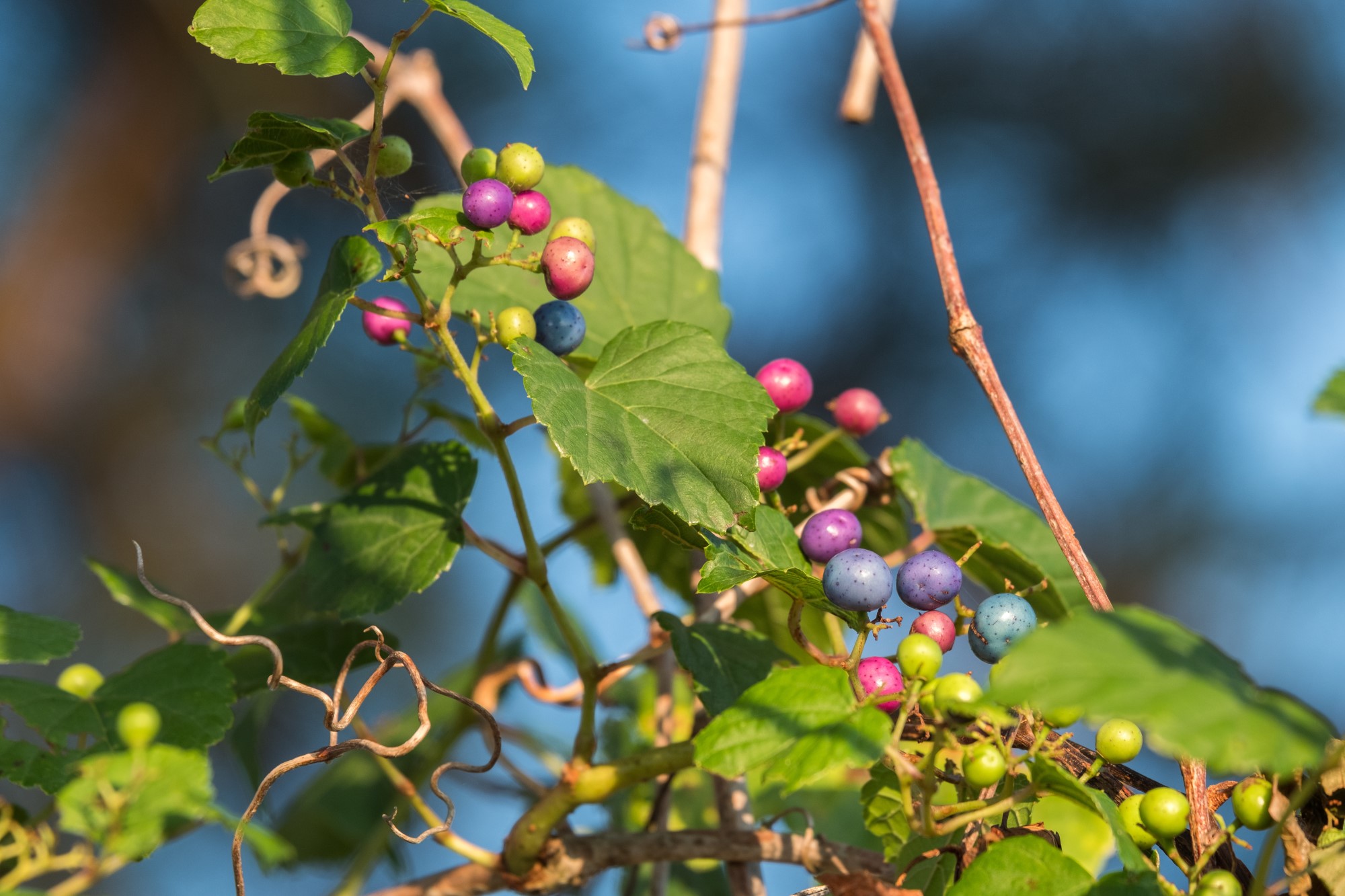 Porcelain vine is a very invasive vine. Although it resembles a grapevine, it's not quite as palatable. It reproduces by seed spreading — birds and other animals eat the berries and spread the seeds.

You typically find porcelain vine along streams and around ponds. They grow in woodland areas with consistent moisture and limited sunlight.

Because it grows so quickly, porcelain vine will cover surrounding plants and small trees, preventing them from getting the nutrients they need to survive. Getting rid of porcelain vine is troublesome — requiring hand-pulling vines and the use of herbicides. 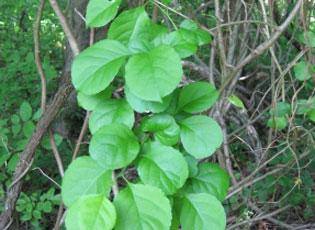 Oriental bittersweet is another type of vine that could be growing on your tree. It is a deciduous woody vine that is capable of reaching up to 60 feet in length.

It is sometimes confused for its noninvasive counterpart — American bittersweet. But the two are easily distinguished by the placement of their flowers. American bittersweet's flowers grow at the tips of its branches while oriental bittersweet produces flowers at the end of its leaves — where the stem and leaves meet.

This vine spreads rapidly by sending out suckers that form new plants. Oriental bittersweet wraps itself around trees so tightly that it restricts the flow of sap in the tree. The vine also kills other plants around it by outcompeting them for water.

If you need to get rid of oriental bittersweet on your property, you can try pulling the vines by hand, but the best defense is chemical herbicides. 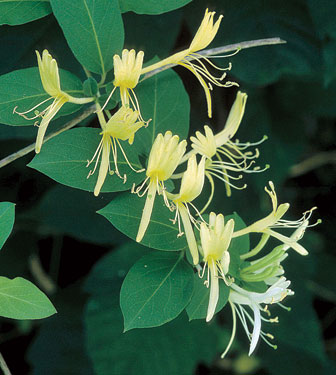 Japanese honeysuckle is a flowering vine that typically grows during warmer months — reaching up to 80 feet in length. It produces small blackberries that birds feed on. And then the birds excrete the berry seeds as they fly through other areas —spreading the vine.

Japanese honeysuckle vines wrap around small trees and choke them. It also grows so high that it forms a dense coverage, blocking out sunlight to the trees and plants below. 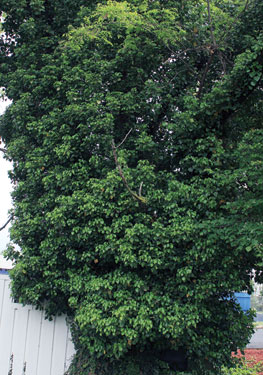 The English ivy is a popular garden vining plant that stays green year-round. But it's an invasive plant that harbors bacterial leaf scorch— a pathogen that attacks trees like maples, elms, and oaks.

Over the years, this vine has escaped the garden and is also found climbing up plants and trees in fields, forests, and woodlands. Then it smothers them at each level of the forest— from the floor to the canopy.

Getting rid of English ivy requires a lot of patience. You need to remove each vine and dispose of it. Use a chemical herbicide to kill any remaining roots. And then you'll want to keep an eye on the area, removing any new growth for 2-3 months.

Is Something Dangerous Growing on Your Tree?

Do you have something growing on your tree, and you don’t know what it is?

Lots of different things grow on trees, and it’s hard to know what is dangerous — for the tree or your family. If you’re not familiar with the most common types of fungus and invasive vine, you may let something grow that you really shouldn’t.

That’s why it’s important to contact a professional if you have something growing on your tree, and you aren’t sure what it is.

If you live in the Greater Chattanooga, TN area, contact us, and we’ll come out and take a look to determine if it’s something dangerous to the tree or your loved ones and if you need to do something about it. 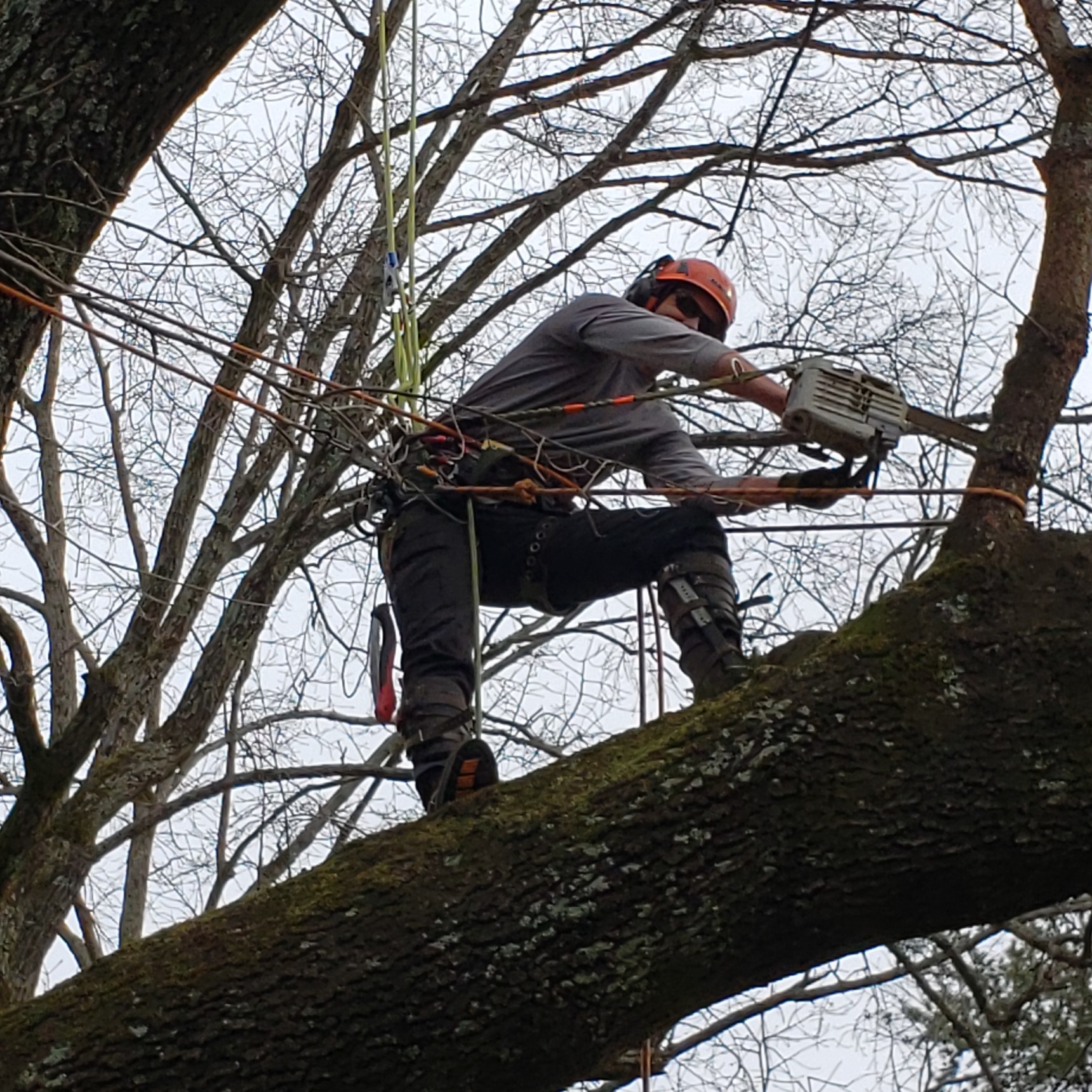 Do You Need a Tree Guy?

Please log in again. The login page will open in a new tab. After logging in you can close it and return to this page.